The Energy of a Kitten 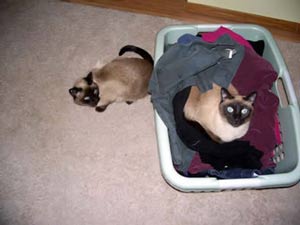 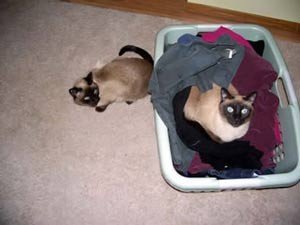 This was an unusual case. Harley had one kidney and was at a vet school in 2007 with IV for a week and near death because his kidney was failing. No one knew why he was sick when the blood work didn’t show any signs of organ failure. He was sent home to die. We overnighted the Kidney Diet premix and Harley’s caregivers received a consult from Dr. Gardner for additional homeopathy help.

“It’s been five (now 2012) years and Harley is healthy and happy; his last vet visit showed normal kidney values even though he was born with one working kidney and that one is at 50% capacity.

“We have had felines before Harley and Jewel so we know what a nine-year old feline fed a commercial diet is like; these felines look and act half their age.

‘The food gives him and his sister the energy of kittens. We appreciate your tutelage; they look so good, and they’re solid muscle and well hydrated.. The other felines I’ve had have been overweight and lazy by the time they were five, these felines act like kittens.”